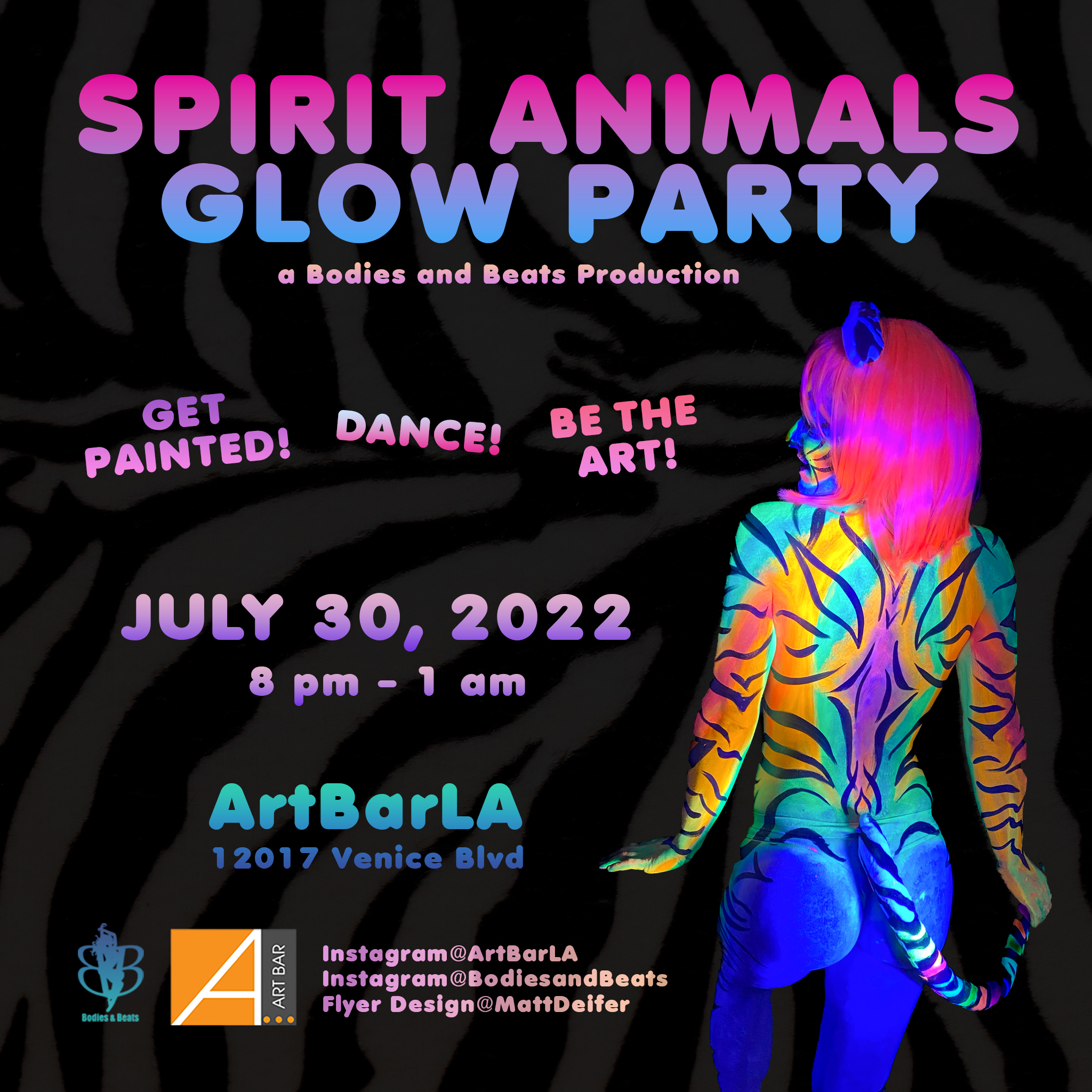 Ally, a short film that features Matt Deifer’s unique bodypainting techniques, is finished and we’re ready to share it with the world!

Here’s the synopsis via Celina Biurrun, the writer, director, editor and co-star of the film:

The dual reality that we are no more than a raving feeling is portrayed through the assimilation of polar depictions within someone’s consciousness.

Several of our studio sessions were the inspiration for the imagery in the film. Take a look at some of the artwork that we created over the years that led to this film being made! Ally
What am I feeling?
Extreme sadness weighs upon me
Mischievous cycle
Mimicking a forward motion
Invisible without doubt
Vile, sinful thoughts
Surrounded by a dreadful warmth
Quite certain of your forbidden entrance
To conquer
Then who?
Lucifer
The fault is yours
And your disguise I condemn
Crooked
Infernal reality
I hate you
But I thank you
For driving
For helping me encounter
I thank you, Ally
Thanks for pushing me forward
For governing myself
To overcome myself
Might your truth be harsh and ugly
But I will not complain
I grok you
And although it may seem unseen
I love you 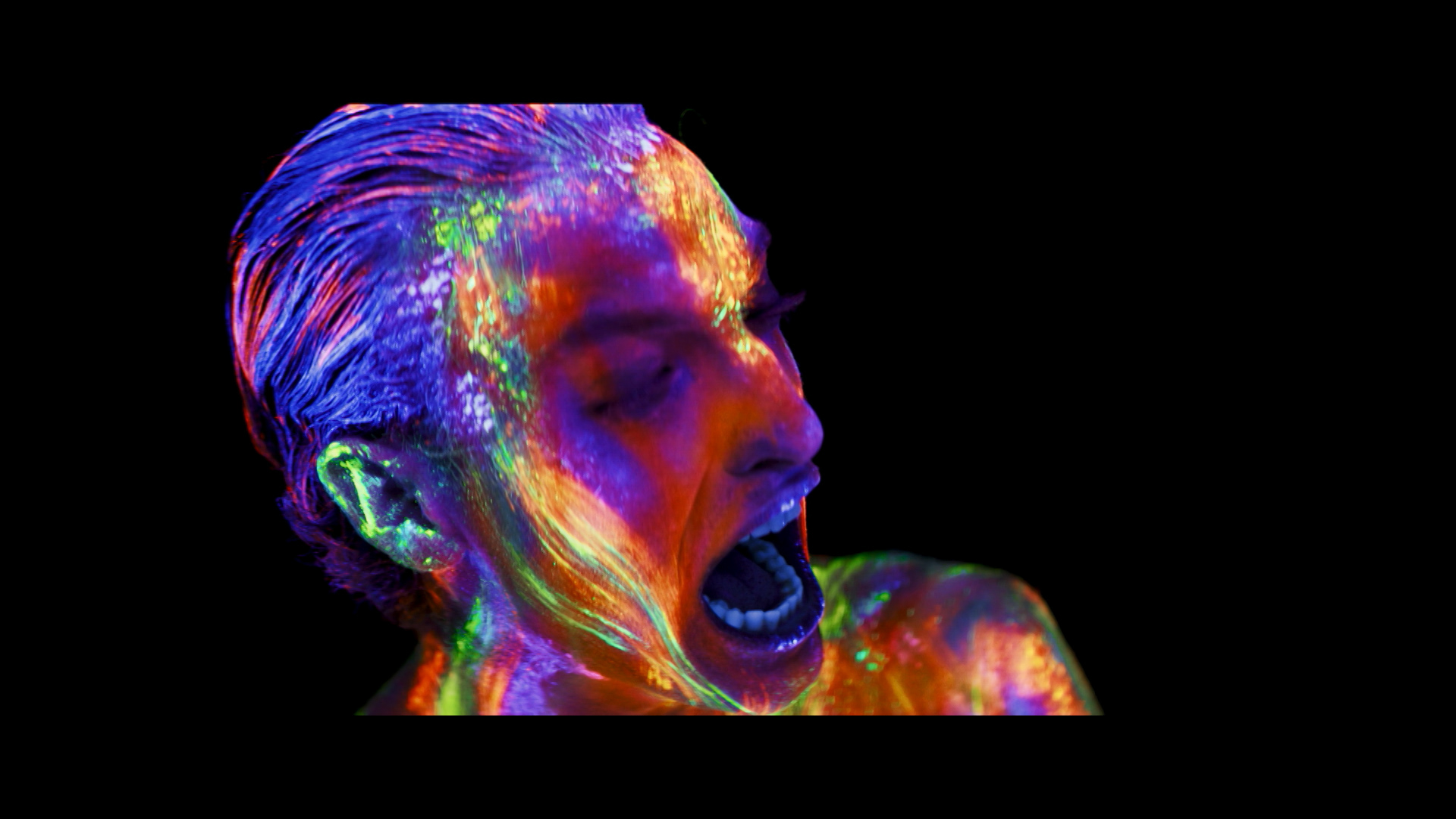 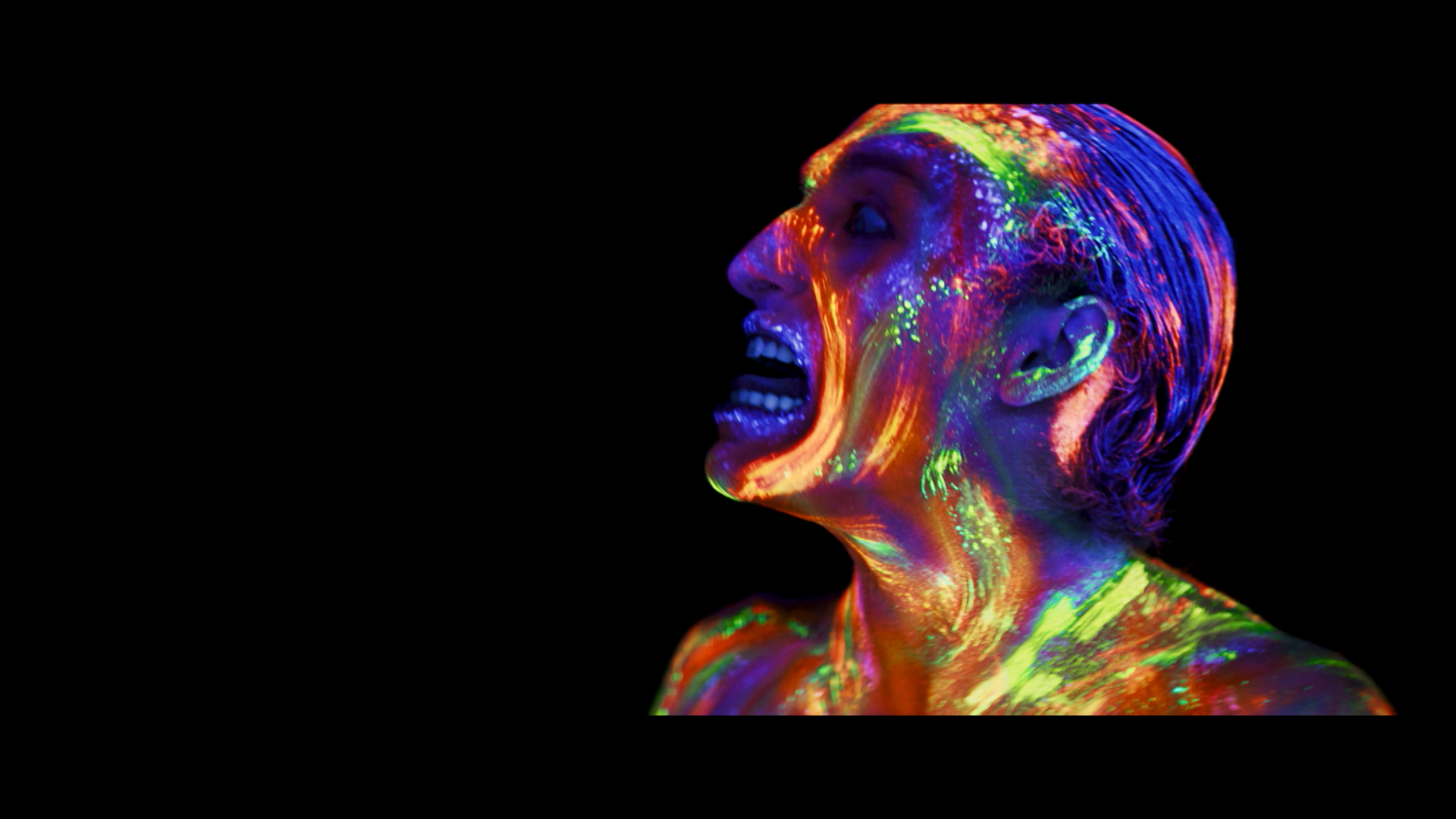 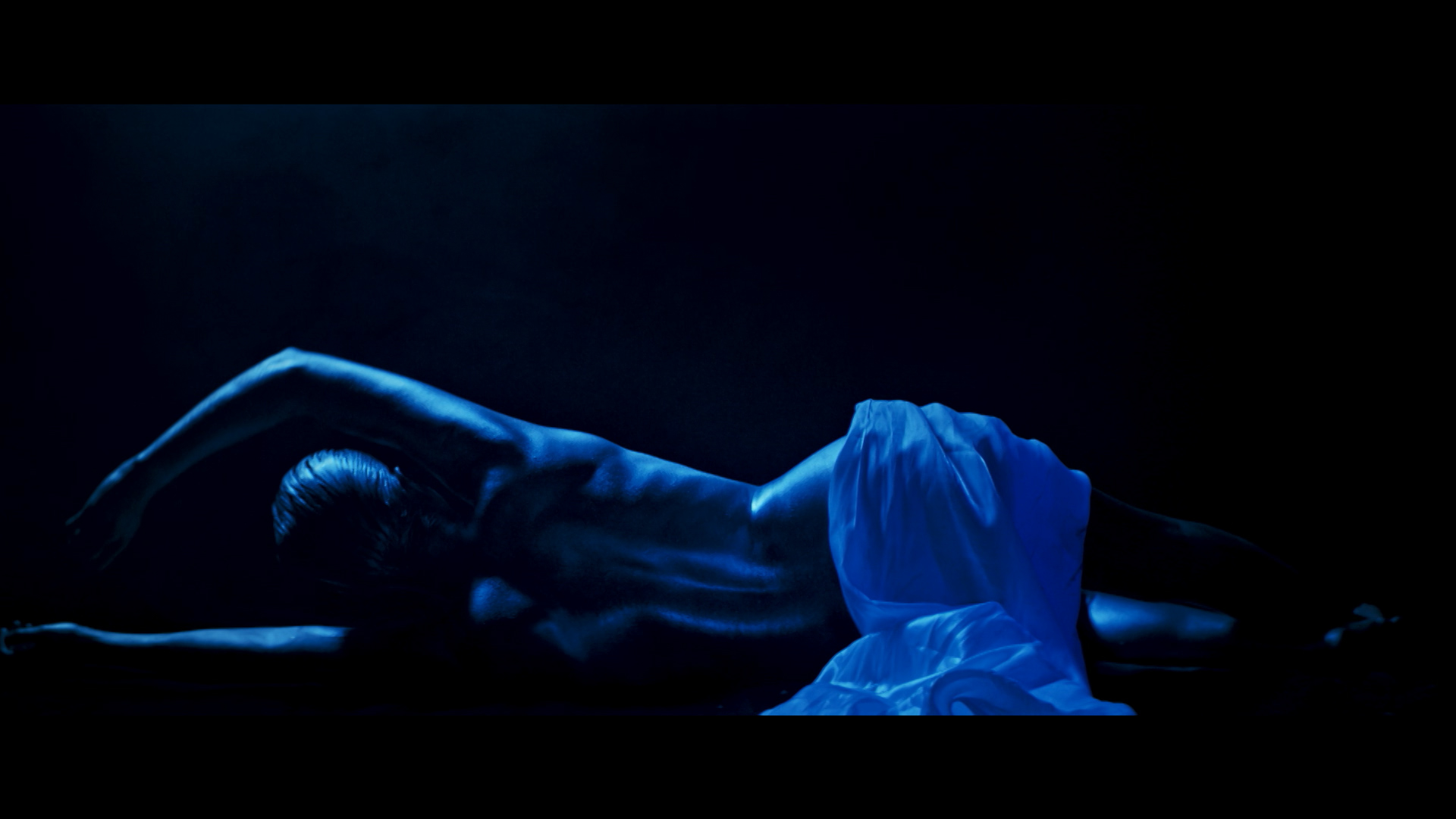 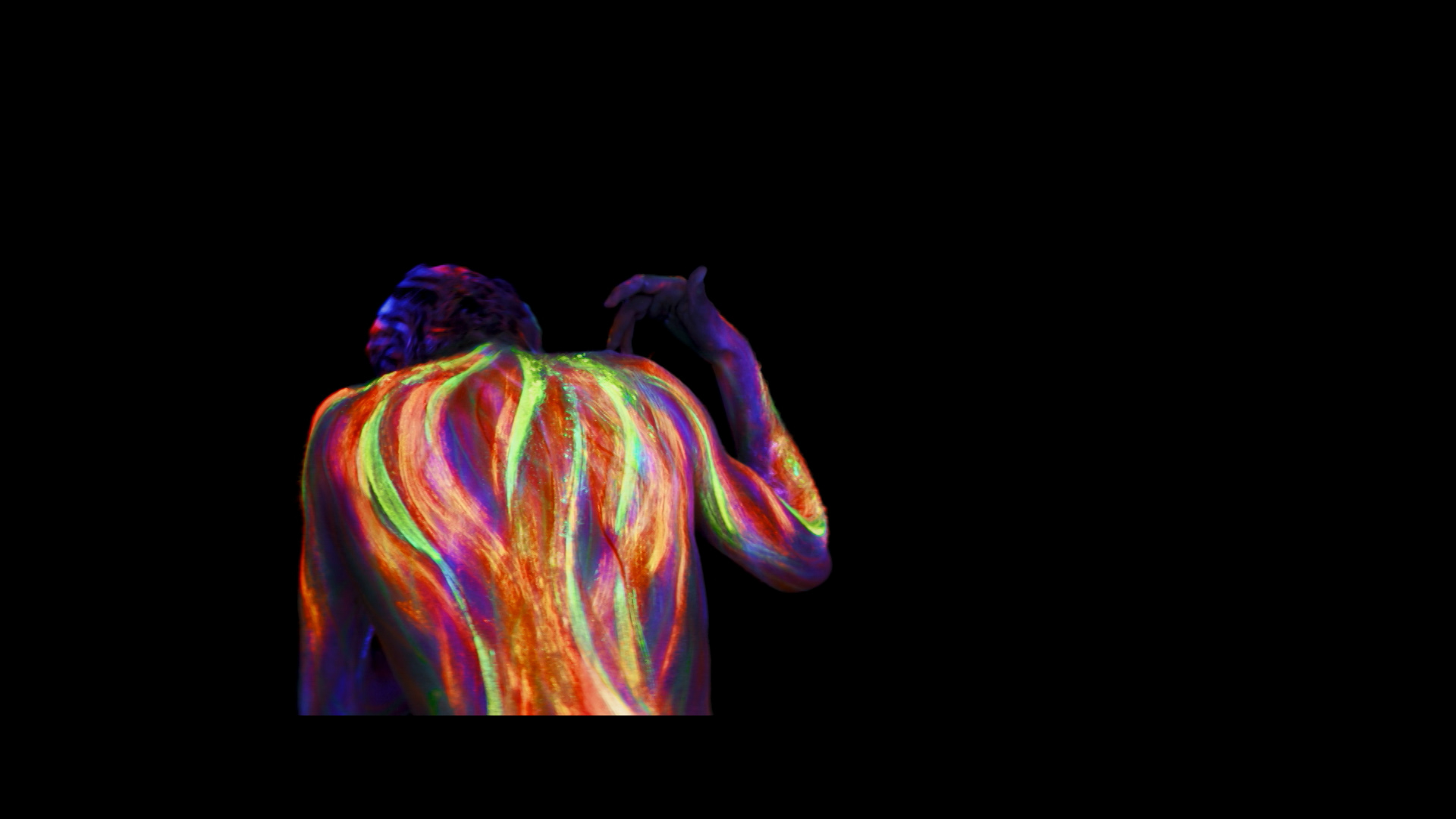 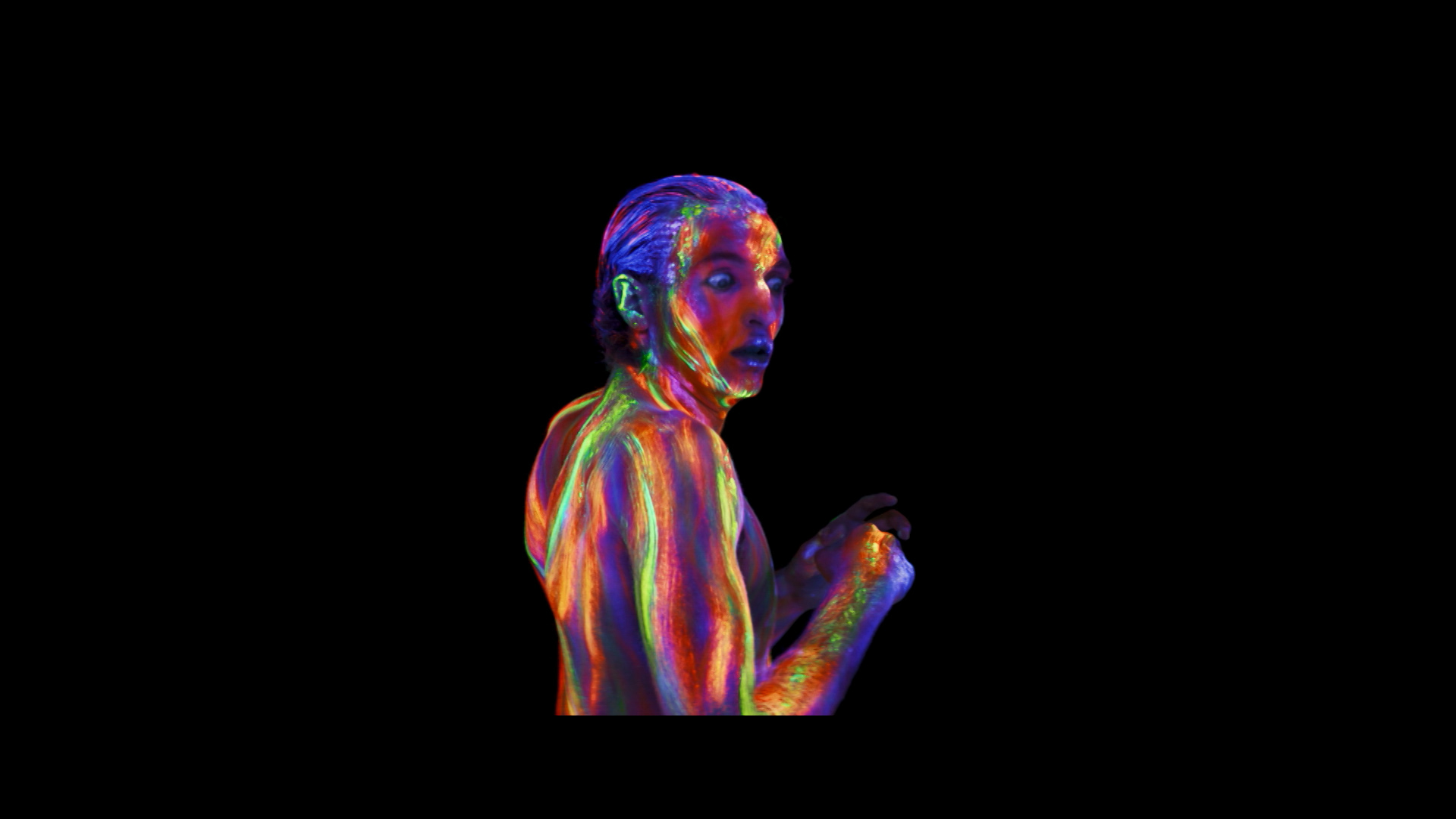 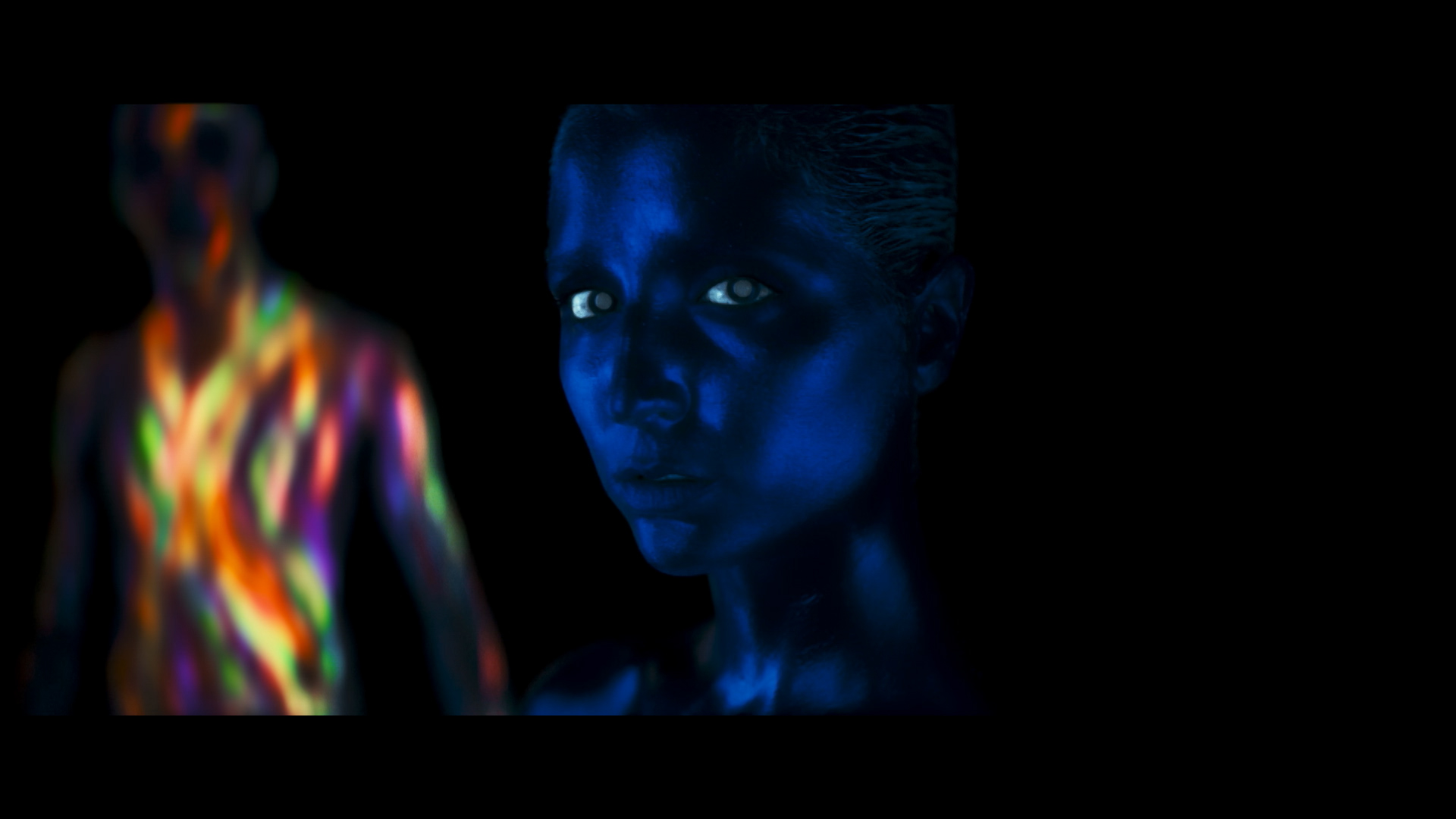 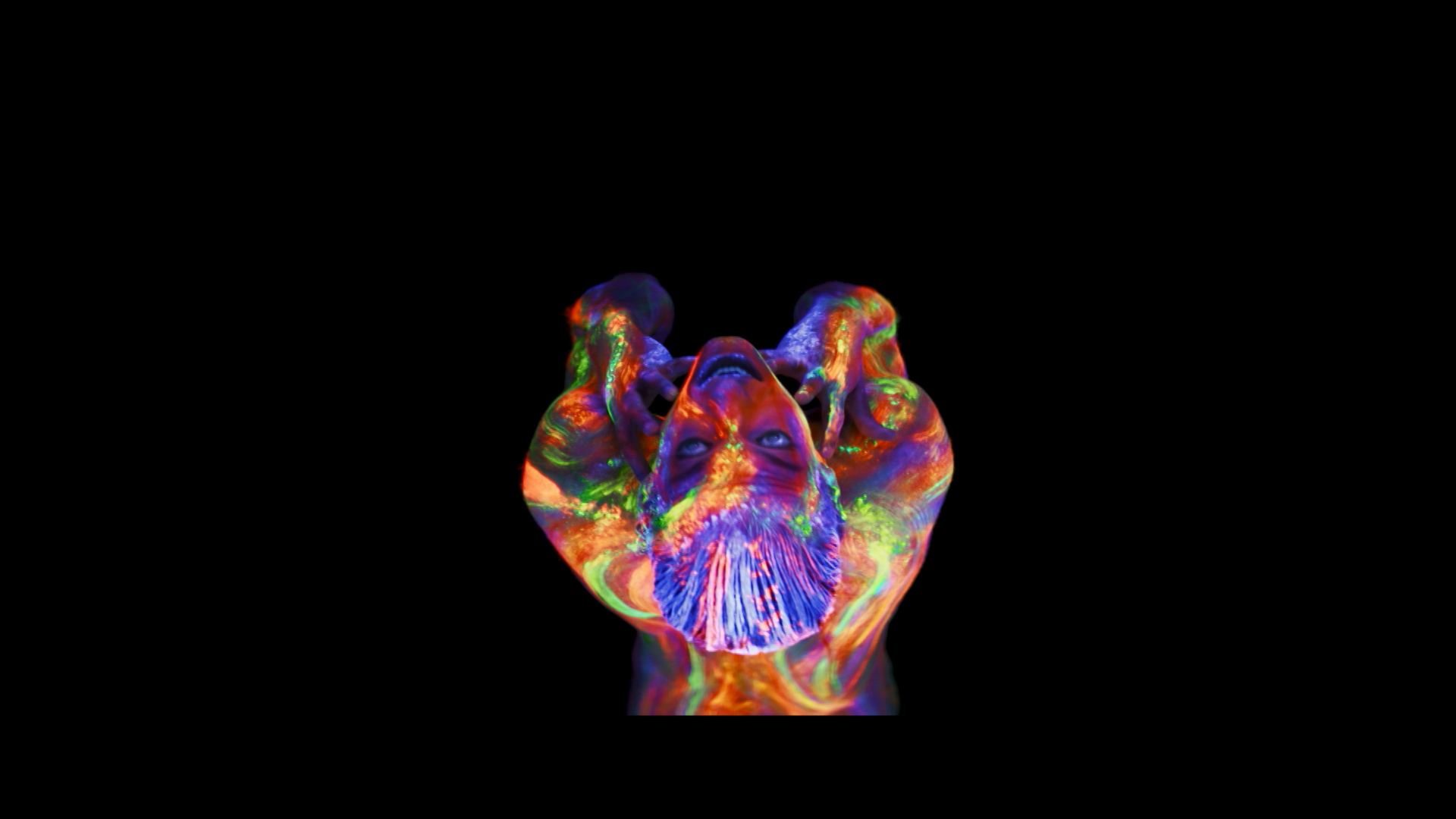 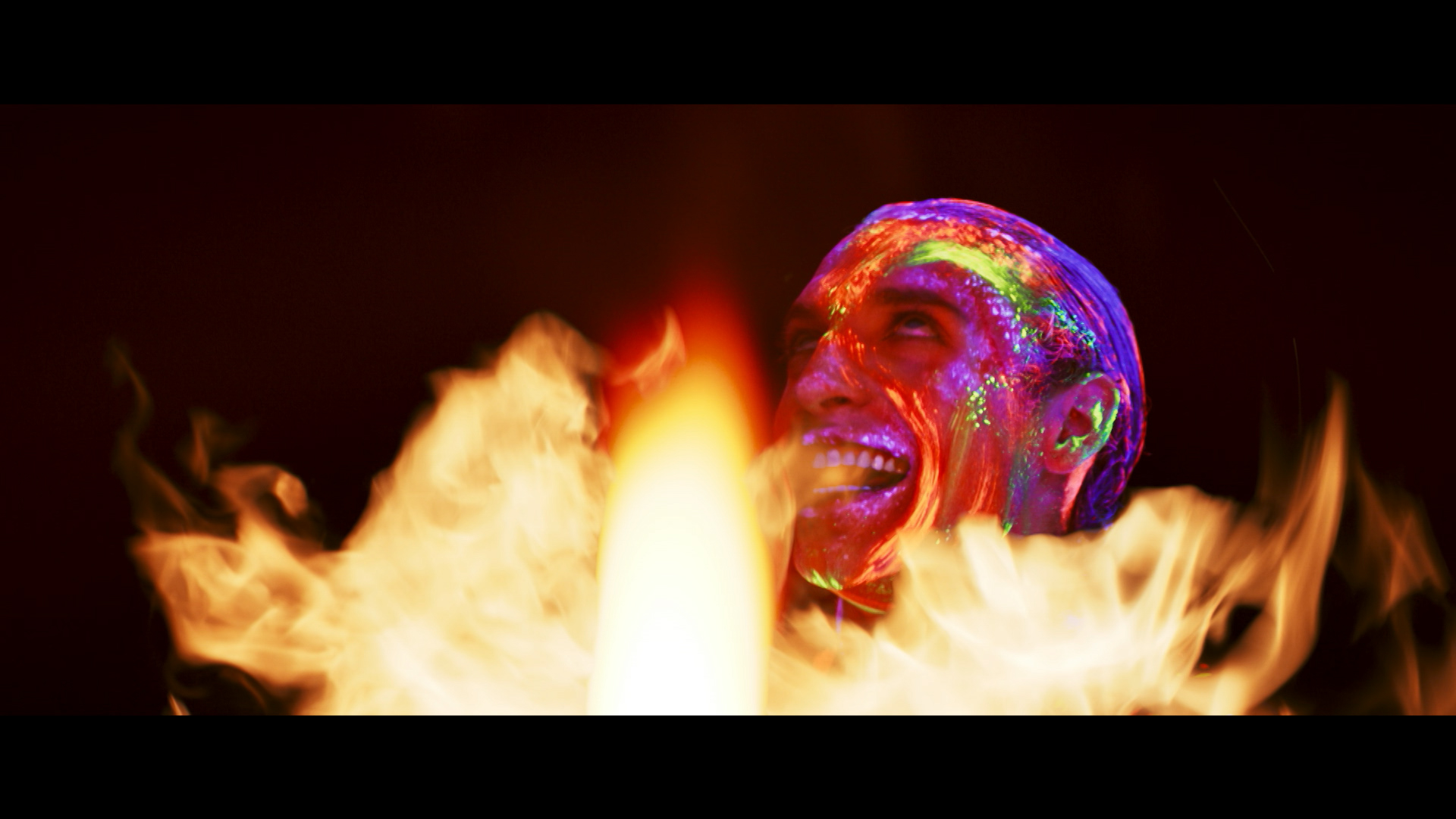 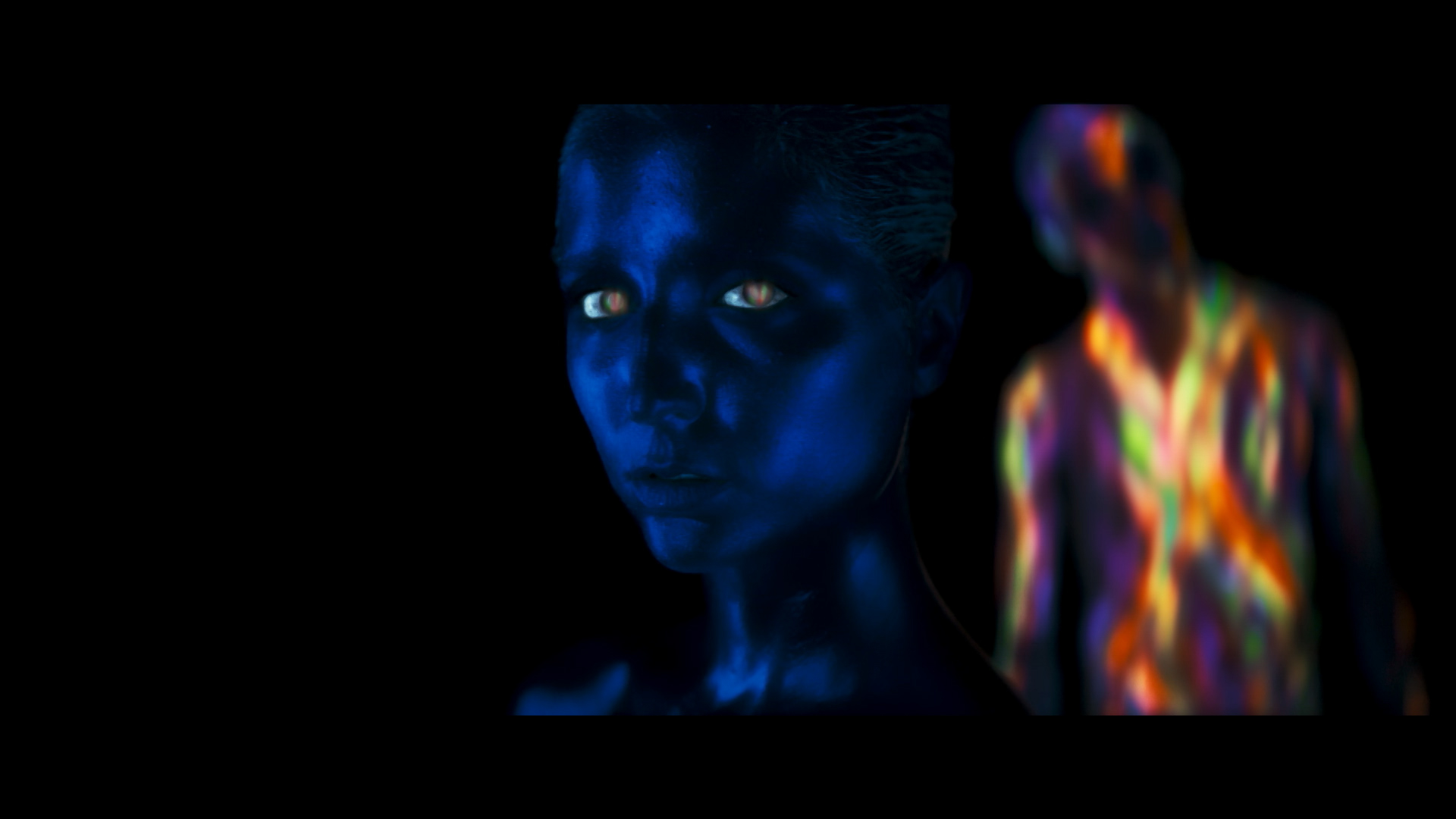 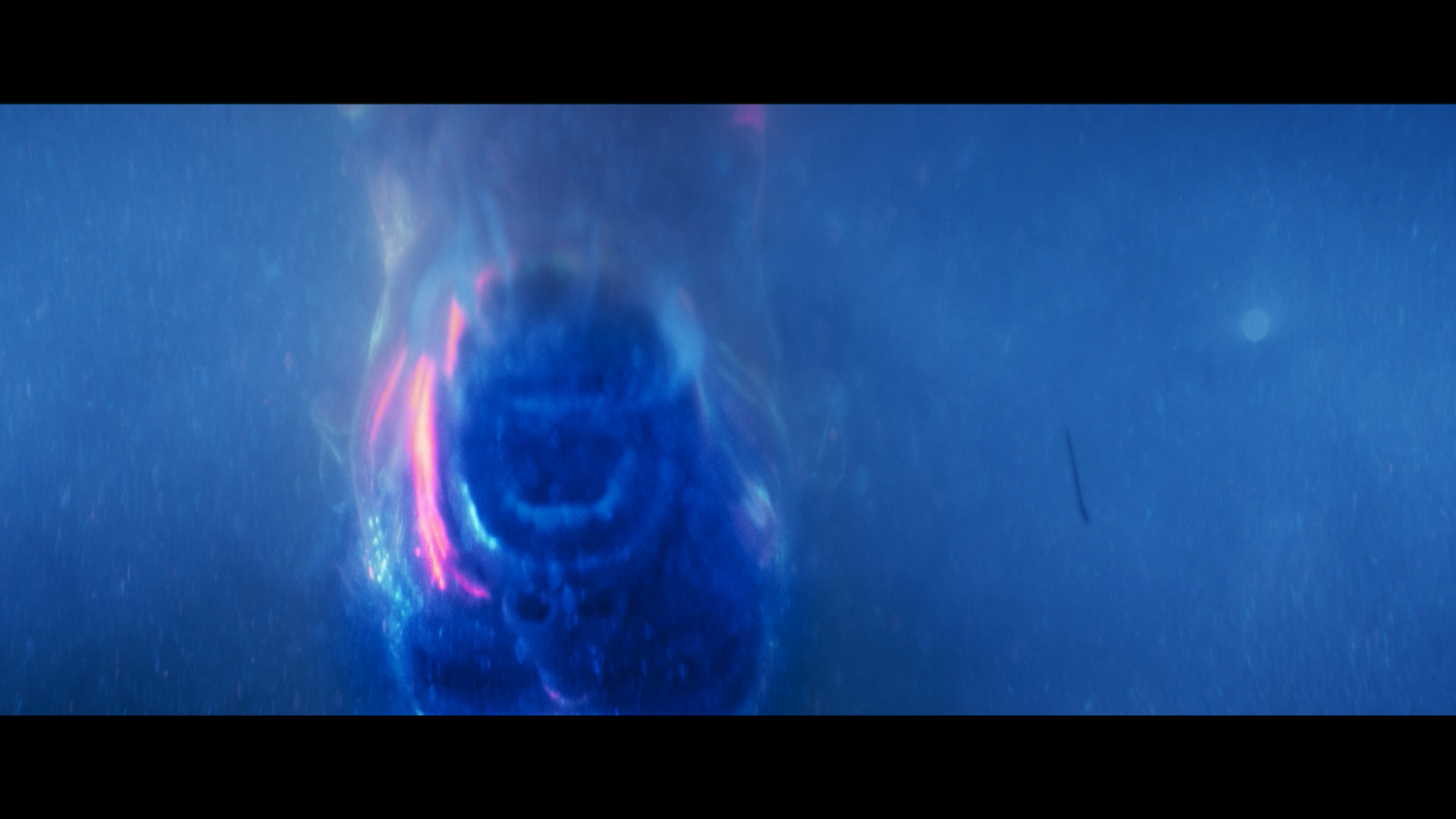 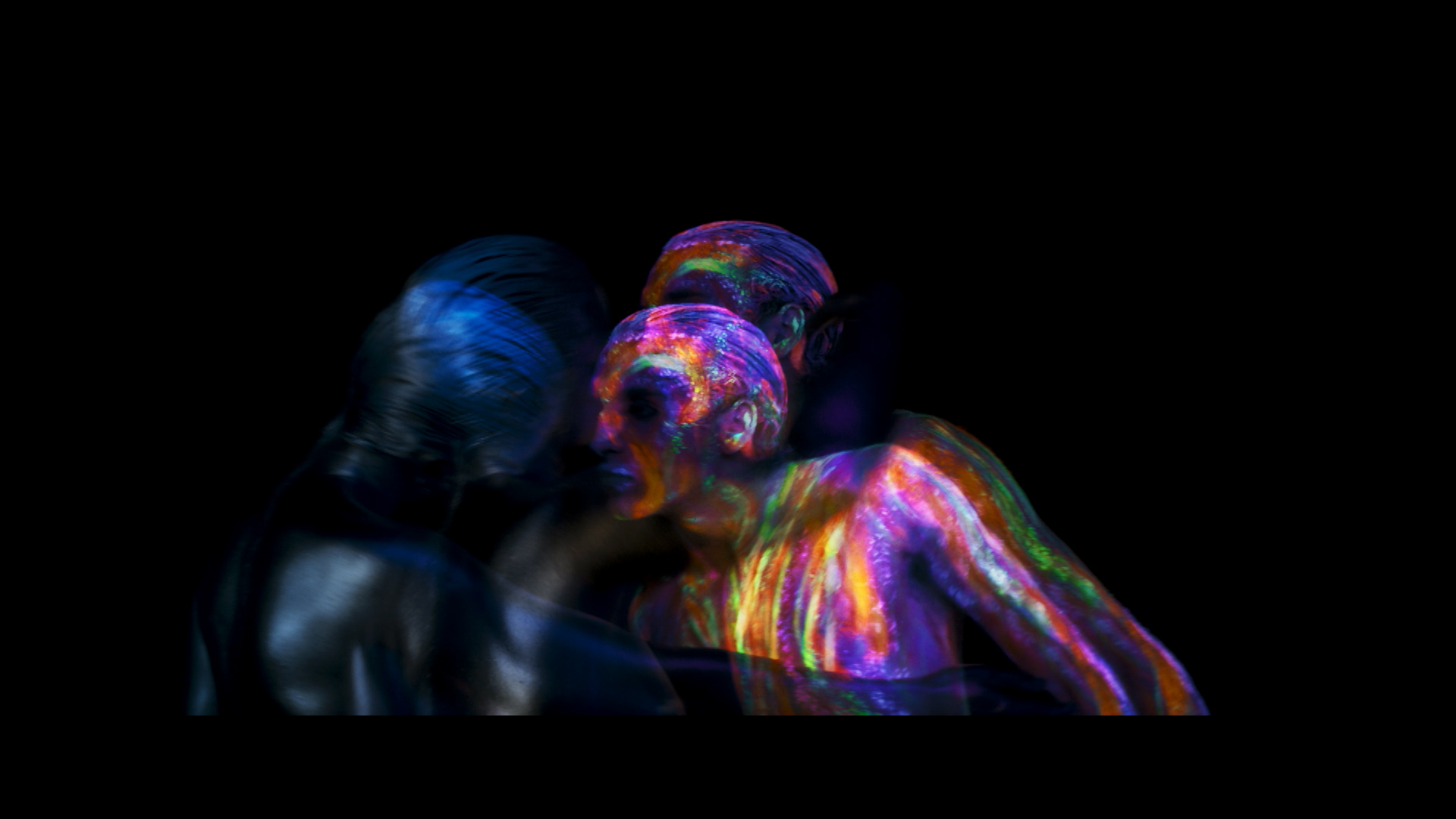 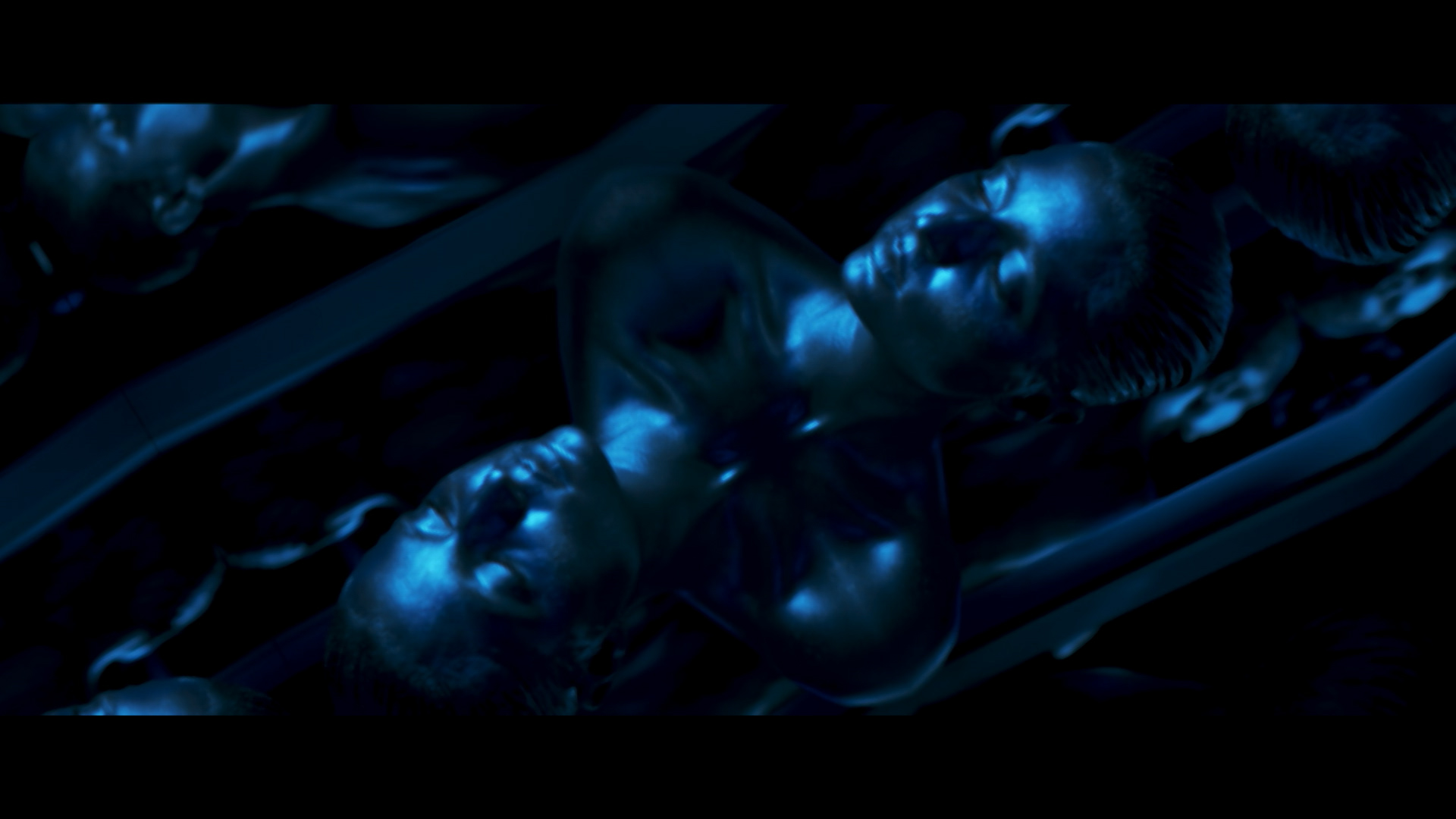 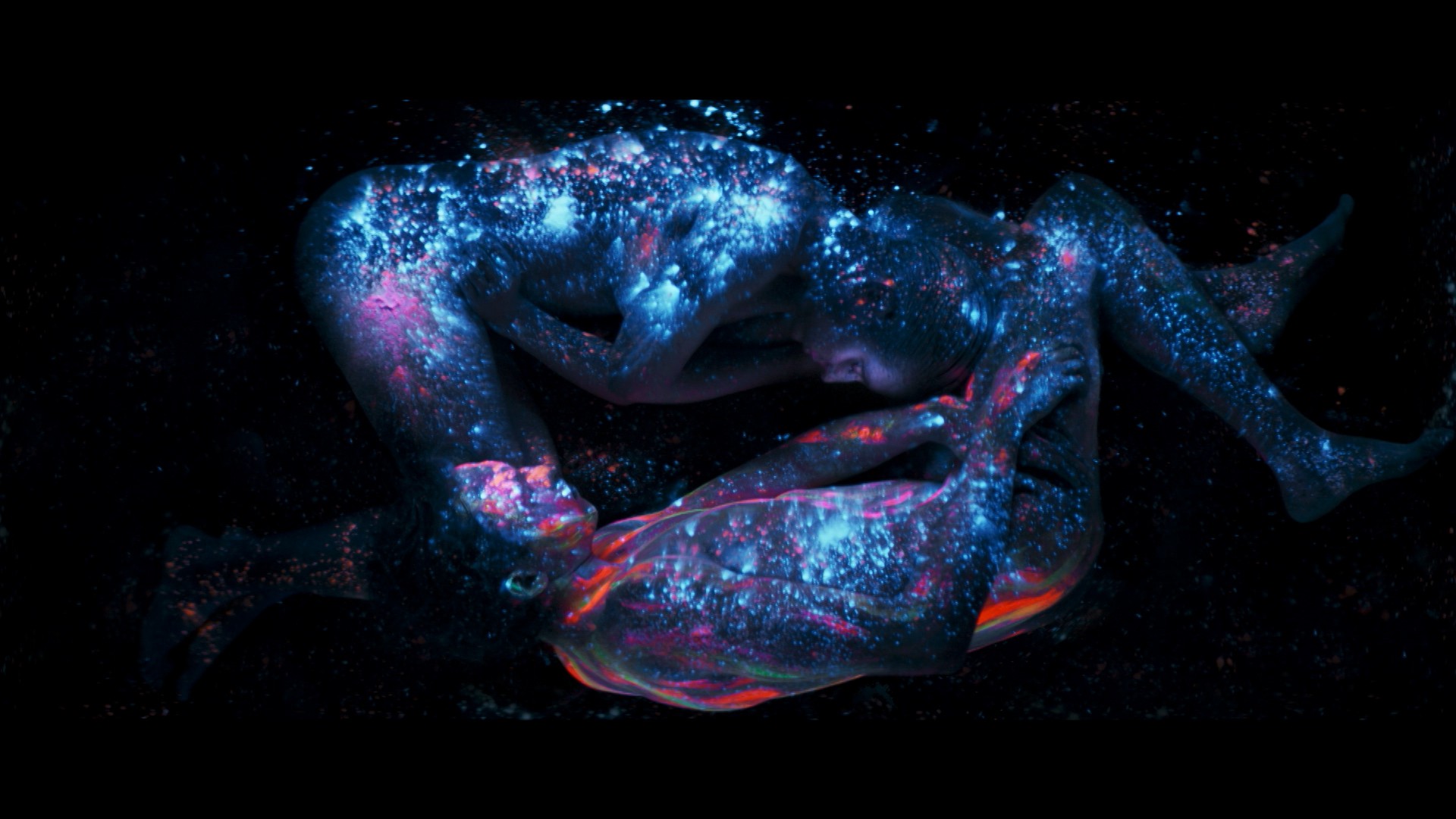 Deifer has a large body of work that celebrates body art and photography within the elusive visible and invisible light spectrums. His iridescent and fluorescent series are available for purchase in his studio in Los Angeles or online at Fine Art America. Contact him if you’d like to set up an appointment at his studio or to showcase his living art at an event or gallery exhibition.

If you’ve read this far and you’d like to hear the story of how Bodypaint.Me and Trikon crossed paths read this story by Bodypaint.Me founder, Matt Deifer:

When I first moved to LA two years ago I drove cross country from Philly and landed on the beach in Venice. Within the first week of living in this new paradise my roommate told me about the desert bloom that was happening. So we packed up our bags and headed deep into the Anza-Borrego Desert to create a bodypainting inspired by this rare natural phenomenon. We were a few days late for the bloom and didn’t find any flowers. What we did find though would change the course of my art career forever.

We stopped at a gas station in the middle of nowhere to grab some firewood for our renegade camping spot. A big white jeep full of people pulled up that were on some sort of adventure. I waved hello and had this urge to connect with them but the sun was about to set and we were in a rush so we continued on our journey.

Fast forward a few months and I received an email from Celina and Santiago asking if I would like to meet up to discuss bodypainting for a film that they were working on. I said yeah sure and when they arrived at my studio I noticed a big white jeep pulling up. I didn’t think much of it at the time. They mentioned how they saw my iridescent and fluorescent bodypaint online and asked me all types of questions about how I created the different looks. I gave them some tips and tricks and we started getting pretty excited about bringing my body art to life in a short film.

Then they showed me some footage that they had just shot in the desert. As I’m watching it I asked them when they shot this beautiful imagery. Turns out it was a couple months ago in the Anza-Borrego Desert. I immediately started freaking out. I told them how we met at the gas station and how I was there to create a bodypainting. They remembered me and mentioned that they had wanted to do bodypainting during that trip as well but it didn’t work out. Fate brought us together, even if for a moment, and somehow we ended up meeting again four hours away in Los Angeles.

Its moments like this that really shape my thoughts on art and life and the power of cosmic coincidences. Everyone you meet has a message for you. Two years after I moved to LA we’re ready to show you the film. I’m very proud of how it came out and I hope you enjoy what we created!